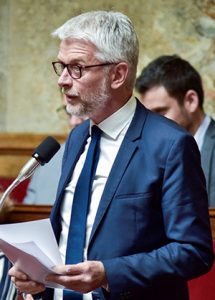 The French Partnership for Cities and Territories (PFVT) is the platform for exchanges and promotion of French actors’ expertise in urban development worldwide.

It is a multi-actor partnership launched in June 2011 and chaired by the Member of Parliament for Rhône, Hubert Julien-Laferrière, with the support of the Ministries of Europe and Foreign Affairs, Territorial Cohesion, Ecological Transition, and Culture.

In the same way as a think tank, the PFVT mobilizes its partners during workshops in order to develop joint proposals for World Urban Forums and international events regarding urban issues.

The PFVT coordinates the participation of French actors in the international debate and promotes French expertise in terms of sustainable urban development, in response to requests from cities and partner States in developing and emerging countries.

The technical secretariat of the PFVT is provided by the National Federation of Urban Agencies (FNAU).

The PFVT helps to provide a more coherent French response to the demands of partners in developing and emerging countries by pursuing the following objectives:

Animating the participation of French actors in national or international events